Man remanded in prison for stabbing woman in the face 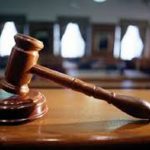 An Ebonyi State magistrates’ court sitting in Abakaliki on Friday remanded, a 24-year-old man, Okeye Jacob, in prison for his alleged involvement in armed robbery, attempted murder and cultism.

Jacob was alleged to have stabbed one Florence Igwe in the face with a dagger and thereafter robbed her of N50, 000.

The suspect allegedly belonged to a cult group known as Junior Vikings Confraternity and used to terrorise unsuspecting members of the public and robbing them of their valuables.

City Round further gathered that the suspect committed the offense at Ohaofia Agba community in the Ishielu Local Government Area of the state, on February 9, 2020.

He was arraigned before the magistrates’ court on four counts bordering on armed robbery, attempted murder, cultism and conspiracy on Friday.

The Police Prosecutor, Inspector Chinedu Mbam, said the suspect almost killed the victim during the incident. He also told the court that the offense was punishable under sections 516A (a), 402, 320 of the Criminal Code Cap. 33, Vol. 1, Laws of Ebonyi State of Nigeria.

The charges read in part, “That you, Okeye Jacob, and others at large on February 9, 2020, at Ohaofia Agba, in Ishielu Local Government Area, within the jurisdiction of this honourable court, did conspire amongst yourselves to commit felony to wit: armed robbery, attempted murder and cultism, thereby committing an offense punishable under section 516A (a) of the Criminal Code Cap. 33, Vol. 1, Laws Ebonyi State of Nigeria, 2009.

“That you, Okeye Jacob, and others now at large, on the same date, place and in the aforesaid magisterial district, did arm yourselves with daggers and robbed one Florence Igwe of her cash sum of N50,000.00, thereby committing an offence punishable under Section 402 of the Criminal Code Cap. 33, Vol. 1, Laws of Ebonyi State of Nigeria, 2009.

“That you, Okeye Jacob, and others now at large on the same date, place and in the aforementioned magisterial district did unlawfully attempt to kill one Florence Igwe by stabbing her with a dagger on her face which caused her harm, thereby committing an offence punishable under section 320 of the Criminal Code Cap. 33, Vol. 1, Laws of Ebonyi State of Nigeria, 2009.

“That you, Okeye Jacob, and others now at large on the date, place and in the aforesaid magisterial district, did belong to a cult known as Junior Vikings Confraternity, thereby committing an offense contrary to sections 3(1), (3) and 4 (1) and punishable under section under section 5 of the Ebonyi State Law prohibiting secret cult activities and carrying of offensive weapons.”

No bail application was made on the suspect’s behalf because he was not represented in court by any defense counsel.

The Chief Magistrate, Mrs B.I. Chukwu, noted that the court lacked the jurisdiction to adjudicate on the matter.

She directed that the defendant should be remanded at the Nigerian Correctional Centre, Abakaliki, while the case file should be transferred to the Directorate of Public Prosecutions for necessary legal advice. She adjourned the case till March 9, 2020, for report of compliance.

Posted in Featured News | Comments Off on Man remanded in prison for stabbing woman in the face
Tags: Murder 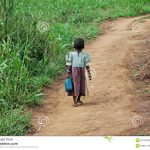 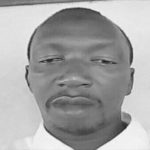