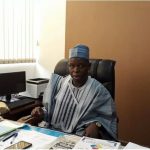 The Minority Leader of the National Assembly and member of the National Reconciliation Party has retaliated to the opposition GDC youth leader MC Cham, who wanted the IEC to unregister parties such as the NRP for not meeting requirements.

In his response, Samba Jallow said he would not sit by and watch the NRP outrage the laws of the country to a point where it would be deregistered.

Jallow further marked out he GDC’s allegations against his party as a serious indictment, arguing that the GDC don’t have a glue about electoral laws.

“NRP survived for 22 years and it is one of the most participatory parties when it comes to elections in this country. For the 22 years, all political parties boycotted elections but the NRP never gave up with Jammeh. We contested elections every where against Jammeh even we were going to lose. So, I think the information from the GDC can only be their lack of understanding of the laws that establish a political party,” he said.

When told to counter to talks in town that NRP has been acutely compromised to the point that its leader has been publicizing the party’s surrender to President Adama Barrow, Jallow stated: “You see, those are people’s opinions. They have right to their opinions but I’m a member of parliament representing the NRP. You have another four members also. We are actively in governance. We have our five National Assembly Members, we have our chairmen, we went to congress and selected our chairmen and all our structures are in place.So, for anyone to say NRP is compromised is just their opinion,” he finishes.