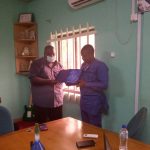 SMA 3.0 Best International Media was presented to AYV TV. The 3rd Edition of the Special Movie Awards which took place at Djembe Hotel. The Gambia 🇬🇲 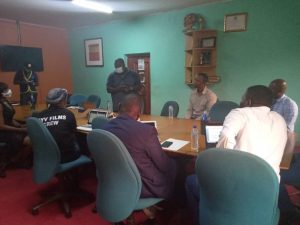 The Award is presented today the 17th of August 2020 on behalf of SMA by Desmond B Finney to the award winner in the category of Best International Media by SMA in Sierra Leone and received by the Founder of AYV TV Mr. Anthony Navo Jnr.

The event Special Guest of honour as recalled was H.E Fatima Maada Bio, First Lady of the Republic of Sierra Leone who was competently represented by the Sierra Leonean High Commissioner to The Gambia.

The list of attendees includes, The Gambia Government officials, The Nigerian High Commissioner, The Oba of Yoruba community in The Gambia, Film Makers, Actors and Actresses, Heads of institution, Private/ cooperate bodies and other sophisticated guests.

Out of 45 nominees, 16 lucky winners went home with prestigious and yet beautiful SMA 3.0 awards for the 16 different categories. Among which 9 SMA Honorary Awards and certificates of appreciation was also given to deserving individuals.

Afrinity Production will again welcome you to the 4th edition of the SMA awards in 2020 which will be notified to you soon.