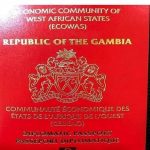 14 Indicted In The Diplomatic Passport Misconduct 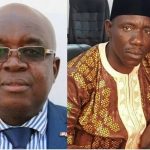 After months of findings into the diplomatic passport scandal that hit the country last year, 14 individuals have now been indicted with various offences, judicial sources informed The Standard.

The scandal bothered he Barrow government in November 2019 when at least 20 individuals were taken into custody for their accused involvement in the issuance of Gambia’s diplomatic passport for financial gains.

The arrested individuals included officials from Immigration, Police, foreign ministry and others.

The scandal gained international attention, with the foreign ministry disclosing members of the Diplomatic and Consular corp in September on the investigations.

Nonetheless, it looks like the matter is kind of put in to control now as it is heading to the courts now. Ministry of Justice has already put forward the charges, waiting for a judge to be chosen for the case before a hearing.

Sankareh stated that President Adama Barrow had promised that there will be “no sacred cows; no one will be spared in these investigations regardless of one’s position”.

The Solicitor General, Cherno Marenah, make known to The Standard that the opinion has already been done and that the case will go to court.

The Standard understands that 20 individuals were initially recommended for prosecution.