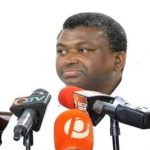 A 80 year old Marabou has become The Gambia’s second documented Covid-19 related death since the first was recorded in March 2020.

According to the health ministry, the man not long a go returned from Senegal but leave quarantine and stayed in Manjai Kunda for a week before developing signs of the virus.

He was eventually taken to the Kanifing General Hospital but was pronounced dead two hours after arrival. He was diabetic too.
The registration takes the country’s toll of infection to 37, with 11 active and two probable cases.

There are 250 persons in isolation after 22 were recently taken in, with four new people
discharged upon completion of the mandatory quarantine stated time.

The health ministry said overcrowding at video clubs remains one of its biggest challenges after the resumption of Europe’s football leagues.

As said by the ministry, there is no quarantine facility in Central River Region as of now and the holding facility at the Bansang Hospital is still not available for use.

He also complained that truck drivers, carrying essential commodities, are being allowed to enter the country from locations with ongoing community transmission.

It added: “People smuggling schemes common at three points of entry through use of motorcycles, donkey or horse carts and by foot.”