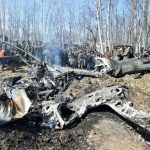 Russia now has second highest virus case toll after US 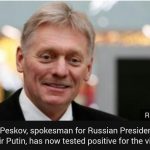 Russia has recorded 232,000 cases of coronavirus – the second highest toll in the world after the US.

In the last 24 hours the country has confirmed 10,899 infections, the tenth consecutive day that number has been above 10,000.

He is the newly high profile official to test positive, after Prime Minister Mikhail Mishustin caught the illness.

The news comes the day after President Putin eased the country’s isolation. Factory and construction workers resumed to work on Tuesday, though Mr Putin gave regions freedom to set limitations depending on local situations.

In spite of the high number of recorded cases, Russia’s death toll is only 2,116 as of now.

*Government officials say the country’s mass testing programme is responsible for that low mortality rate, but many believe the number is in fact far higher.*

As of now, authorities in St Petersburg have put out a fire in an intensive care unit, which killed five coronavirus patients and forced the leaving of about 150 people.