US and North Korea 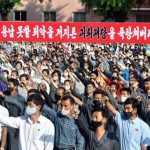