BBC disclosed the death of Daisy Coleman, a sexual assault victim advocate and subject of the Netflix documentary Audrie & Daisy, has committed suicide, according to her mother. 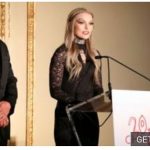 Ms Coleman, 23, was 14 years old when she disclosed of been raped at a party in 2012 in Maryville, Missouri.

Her case drew a lot of attention as she spoke of being bullied after the occurrence, but the charge against the teenage boy she accused was dropped later on.

BBC said, she was reportedly found dead after her mother called police to check on her.

“She was my best friend and amazing daughter,” her mother, Melinda Coleman, wrote on Facebook.

“I think she had to make it seem like I could live without her. I can’t.

“I wish I could have taken the pain from her! She never recovered from what those boys did to her and it’s just not fair. My baby girl is gone.”

Ms Coleman alleged she was assaulted while intoxicated by a 17-year-old boy, Matthew Barnett, at a house party in January 2012, when she was 14.

Her mother said she found her daughter the next morning, left outside on the porch, with wet hair and wearing just a T-shirt and sweatpants in sub-zero temperatures.

Barnett was charged with felony sexual assault, but the case was eventually dropped. Ms Coleman’s family argued this was due to the local political connections of the boy’s family.

Barnett pleaded guilty to a lesser charge of child endangerment, arguing his sexual intercourse with Daisy had been consensual.