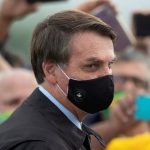 He took his fourth Covid-19 test on Monday after developing symptoms, including a high temperature.

Mr Bolsonaro has repeatedly played down risks of what he has called the “little flu”, saying he would not be seriously affected. He has opposed lockdowns, which he says hurt the economy.

Brazil has the second-highest toll of Covid-19 infections and deaths in the world, after the US.

Mr Bolsonaro is in his 60’s which makes him vulnerable in contracting the pandemic.

Contact tracing and tests will be carried out for the people the Brazil President has met recently.

His pass three tests for the virus all came back negative.

The executive director of the World Health Organization, Dr Mike Ryan, wished President Bolsonaro “a speedy and full recovery from this disease”, adding: “I think the message to us all is: we are vulnerable to this virus.” 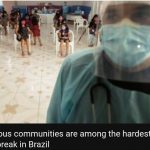 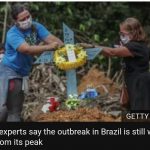